Washington, DC –– Tonight, while on Fox News, Donald Trump told Bill O’Reilly that he would appoint Supreme Court judges to the United State Supreme Court that would overturn Roe v. Wade and that anti-abortion advocates best chance at banning abortion would be to elect Trump president.

This comes just weeks after Donald Trump advocated for punishing both women and doctors for accessing or providing safe, legal abortion.

“Women can’t trust Donald Trump. Donald Trump goes on sexist rants that demean and disrespect women, and backs it up with a policy agenda that is dangerous and ignores the very real issues women face in this country. Donald Trump promises to make abortion illegal and is pushing to block millions of people from birth control and lifesaving cancer screenings at Planned Parenthood health centers –– even if it means shutting down the government. There is so much at stake for women and their access to reproductive health and rights in this election, and all Trump is doing is promising to take us backwards.” 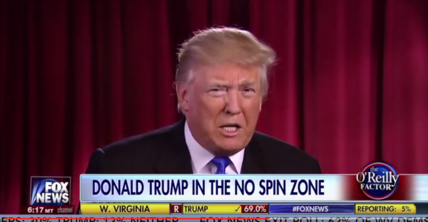