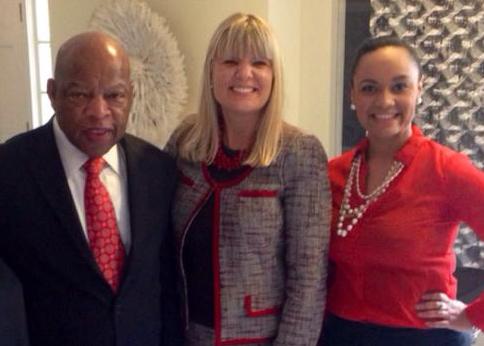 Fifty years ago, brave women and men marched for voting rights because their belief in justice was greater than their fear. In places like Selma, AL, and surrounding counties, all it took was being black and in the wrong place at the wrong time to get you murdered. Only one month prior to the march, Alabama state troopers killed 26-year-old Jimmie Lee Jackson after he attended a demonstration. As Fannie Lou Hamer said at the 1964 Democratic National Convention, many were simply “sick and tired of being sick and tired.”

The people had had enough. As about 600 peaceful protesters in Selma crossed the Edmund Pettus Bridge on March 7, 1965 — on what they hoped would be their journey to Montgomery — local police and Alabama state troopers met them with nightsticks, clenched fists, and teargas. More than 50 people were treated for injuries at the local hospital on what would be dubbed “Bloody Sunday.” Many carry those injuries with them today, including Congressman John Lewis, who was hit over the head and collapsed. Years later he would recount, “I felt like I was going to die. I thought I saw death.”

History was made that fateful day. The protesters’ courage in the face of such vicious attacks was captured on television, showing the entire nation what institutionalized white supremacy was capable of. Business as usual was over. The world was now watching, and five months later, the Voting Rights Act was signed into law.

This past weekend, the world zeroed in once more on Selma — this time, to honor those who played a pivotal role in the Civil Rights Movement and to set the course for the next 50 years. Organizations like the NAACP, the Southern Christian Leadership Conference, and AFSCME public workers’ union flooded the streets with tens of thousands of people. We were also fortunate enough to march this Sunday in Selma, along with over 100 volunteers representing Planned Parenthood Southeast.

Standing in solidarity with each others’ struggles, we marched across the Edmund Pettus Bridge, symbolizing how far the nation has come and how much farther we need to go.

Today in Selma, the poverty rate hovers at 42 percent. Sadly, poverty rates like these aren’t a rarity in many parts of the country. At Planned Parenthood, we know that lack of economic opportunity has a direct relationship to health inequity. In the state of Alabama, where over 300,000 women are in need of publicly funded family planning services, Planned Parenthood Southeast is fighting against some of the most restrictive policies for women’s health in the country.

During his rousing speech in Selma on Saturday, President Obama further reminded us of the need to stay engaged in the fight for justice: “Right now, in 2015, fifty years after Selma, there are laws across this country designed to make it harder for people to vote. As we speak, more of such laws are being proposed. Meanwhile, the Voting Rights Act, the culmination of so much blood and sweat and tears, the product of so much sacrifice in the face of wanton violence, stands weakened,” he said. Obama ended his speech with a message of hope, and by squarely asking Congress to stop the assault on voting rights.

To this day, Selma makes us face bleak realities concerning the failures of our country. But it is also on these streets — with all of our righteous indignation, sorrow, and disappointment — where we found our strength in one another. It was here, at the march this weekend, that Planned Parenthood shared our collective commitment to building a more just world, where health equity is a reality, no matter what.

The fight for justice is far from over and it’s our job to pick up the torch to continue that fight. We are the ones we’ve been waiting for. 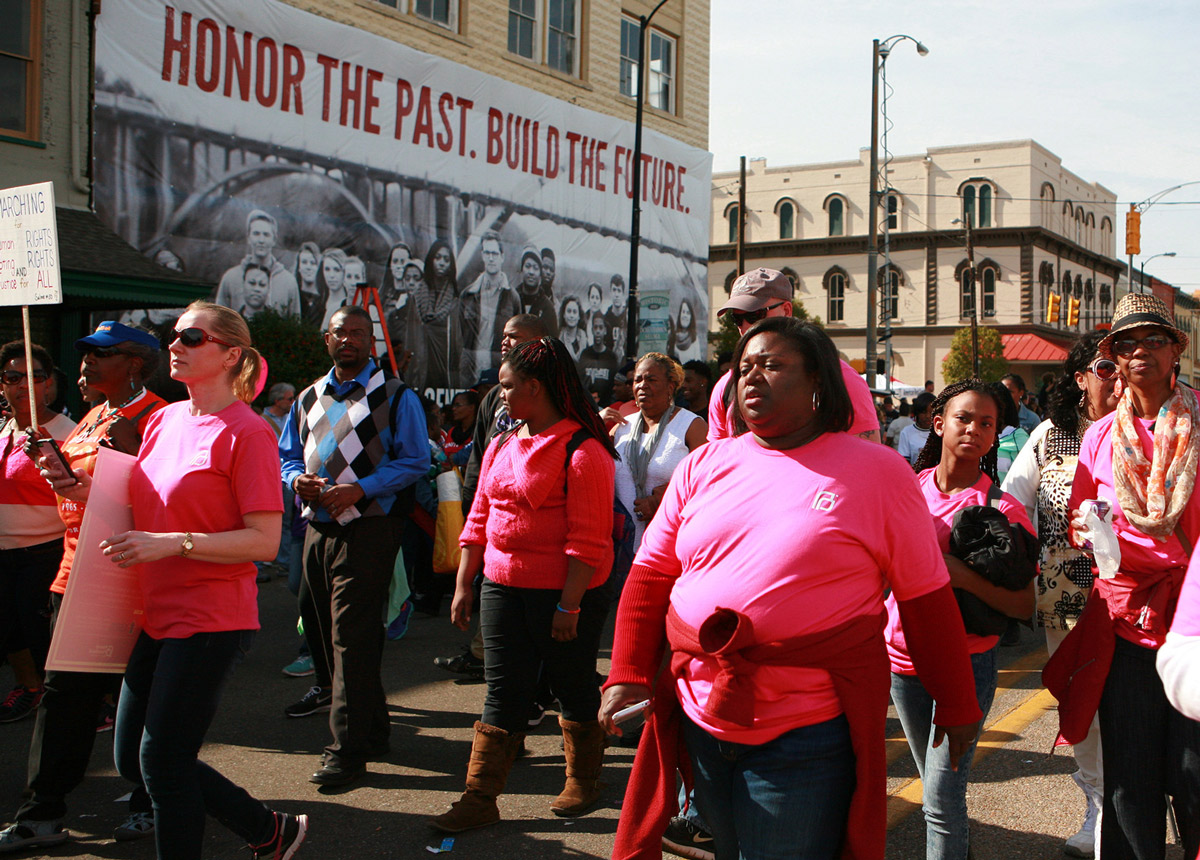 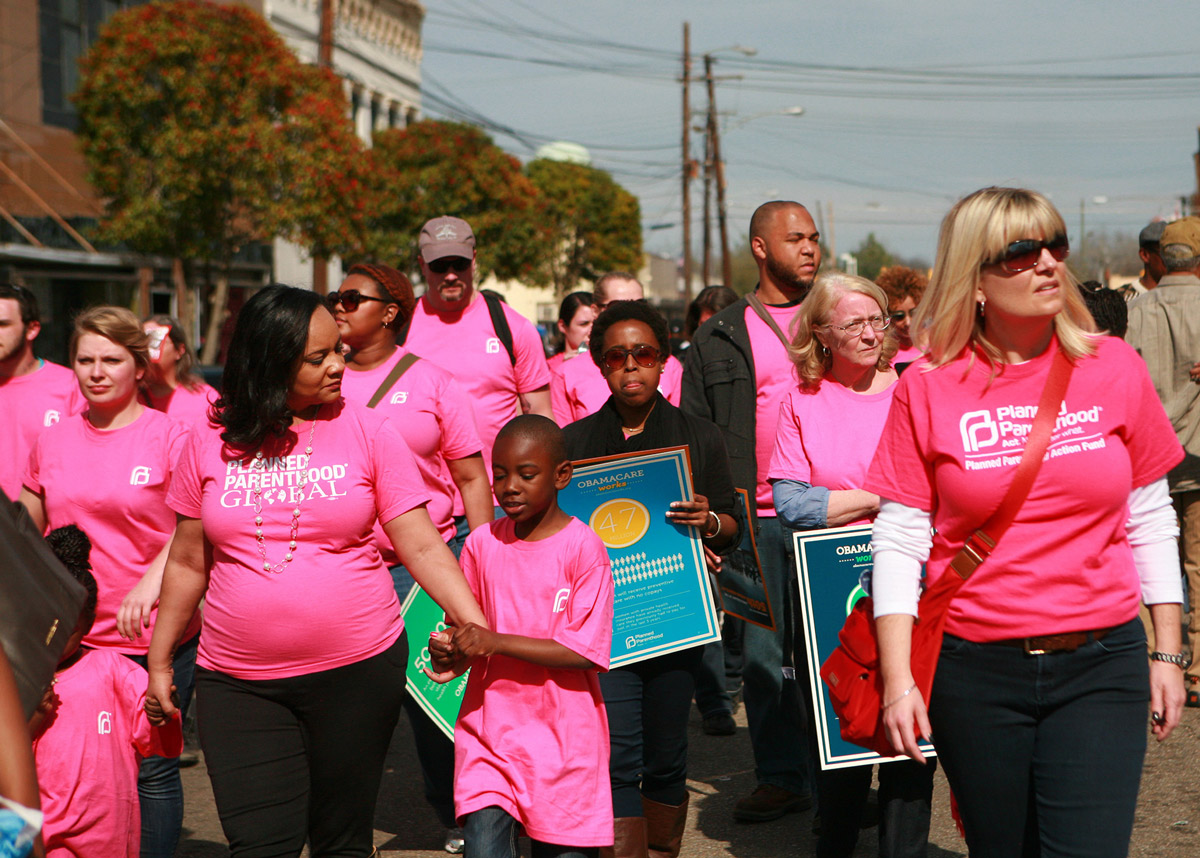 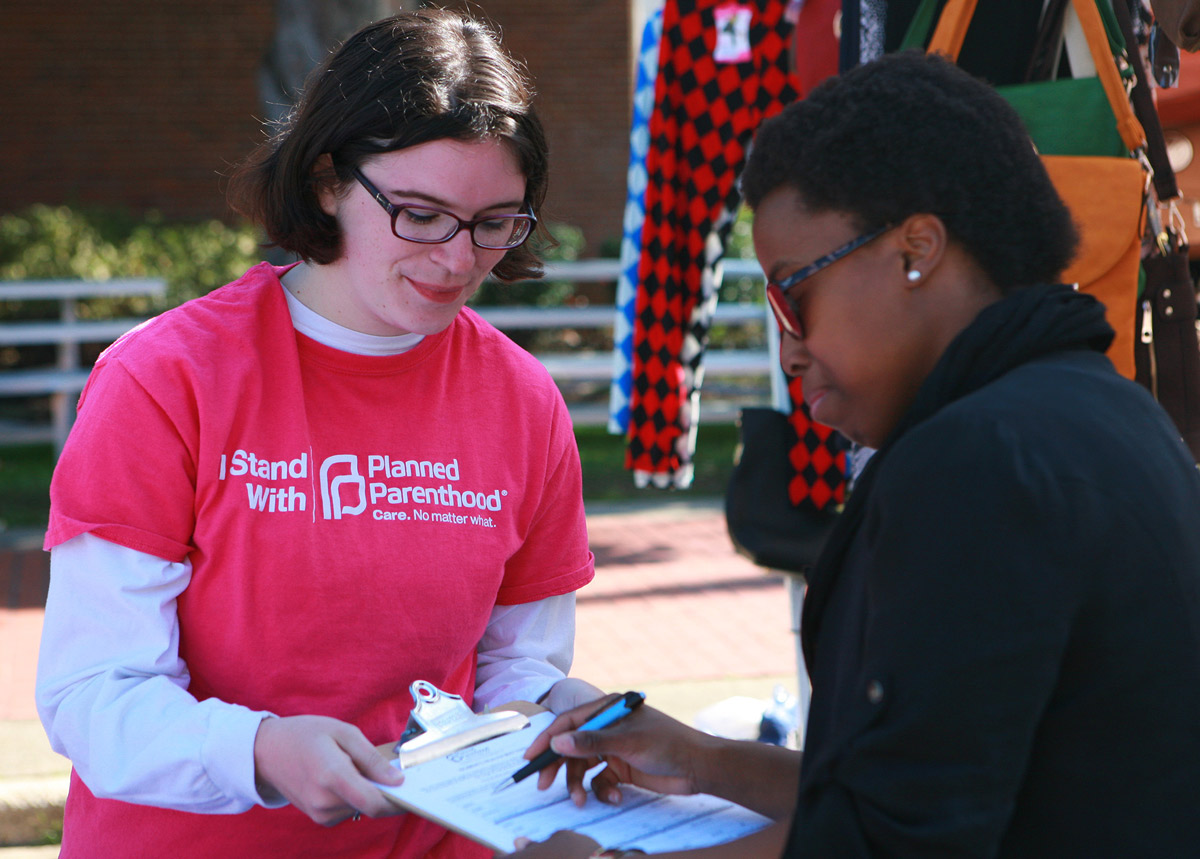 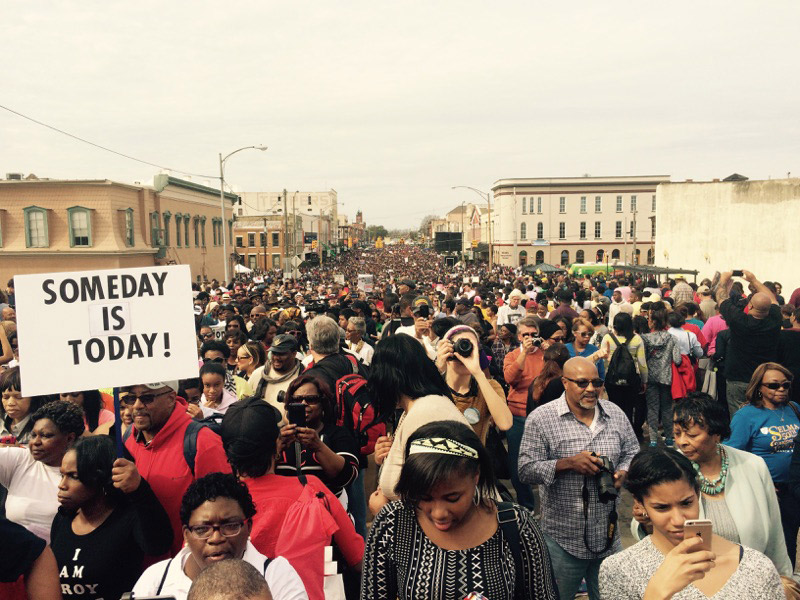 Thousands march down Broad St. toward the Edmund Pettus Bridge to commemorate the brave women and men who peacefully fought for their voting rights 50 years ago on Bloody Sunday. (Photo Credit: Kelly Temple, AFL-CIO)