Today, Donald Trump has reaffirmed his commitment to overturning Roe v. Wade and pursuing an extremist anti-abortion agenda — just as he promised anti-abortions activists he would do when he met with them last week. 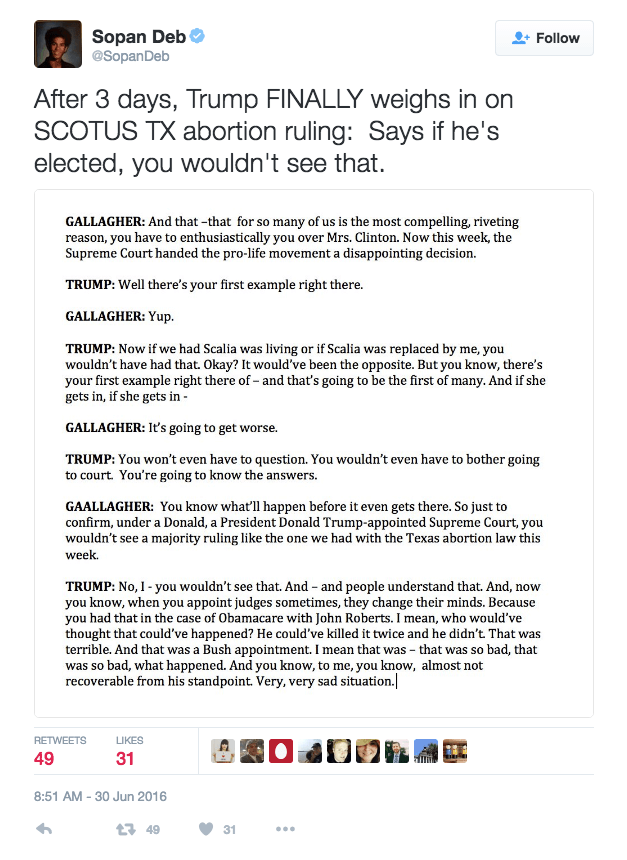 “Donald Trump has been clear from the beginning — he wants to overturn Roe v. Wade, and said he believes a woman should be ‘punished’ if she has an abortion.

Trump’s remarks today should send a shiver down the spine of anyone who believes women should have access to safe, legal abortion. Electing Trump means he will fight to take away the very rights the Supreme Court just ruled this week are constitutional and necessary health care.”