On Tuesday, during a debate on a personhood measure that would ban abortion, Missouri State Representative Mike Moon (R) asserted that his knowledge of women’s reproductive health comes from his prior experience as an embryo himself.

After comparing abortion to the enslavement of African-Americans, Moon reportedly drew laughter from the room when he revealed the foundation of his knowledge of human reproduction.

“As a former embryo myself, I would like protection for all embryos,” he declared.

Let’s clear this up: simply existing does not make you a reproductive health expert. 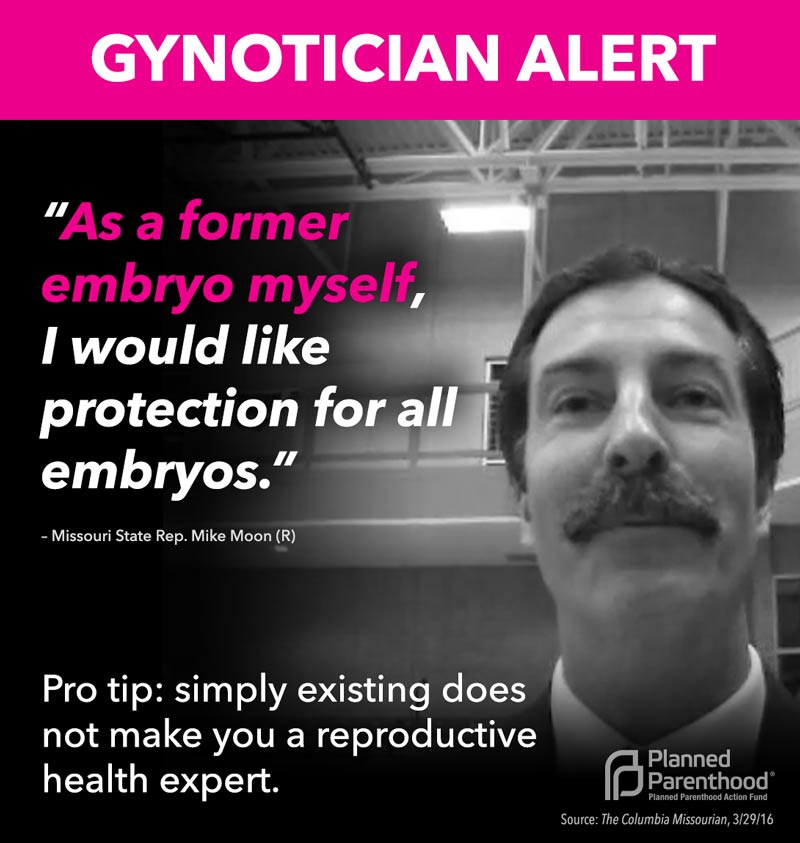 So-called "personhood" measures could interfere with personal, private, medical decisions relating to decisions about birth control, access to fertility treatment, management of a miscarriage, and access to safe and legal abortion. These extreme and dangerous measures have been both rejected by voters and defeated in the courts, but that hasn't discouraged "personhood" proponents from introducing similar measures in a number of states.