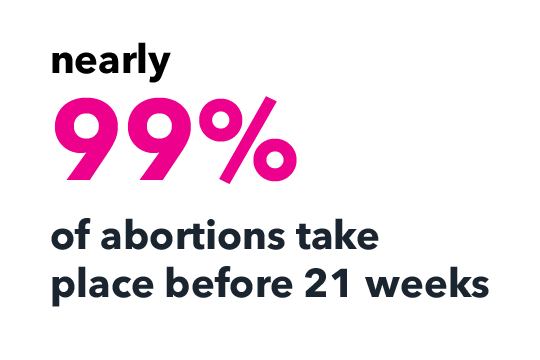 South Carolina lawmakers are considering a bill that would ban almost all abortions after 20 weeks, despite the fact that nearly 99% of abortions take place before 21 weeks in the United States. This trend is deeply disturbing to me because the law is black and white, but life, of course, is not.

I have experienced an abortion at 20 weeks, and it was one of the most difficult decisions I have ever made but ultimately the right one for my family. I urge South Carolina lawmakers to listen to my story and those of women like me so they may better understand the real-world implications of this bill. It’s not as simple as some would like to believe.

When I had my first child, she was a healthy baby girl, and I couldn’t have been happier. When she was five, my husband and I decided to have another baby, and I got pregnant right away. My daughter was so excited about my growing belly that we brought her to our eighteen-week ultrasound appointment. There, we learned the sex of our baby — a boy! — and watched him move around.

That night we got a call from the hospital, and they told us he had a rare brain malformation, and he was missing an important part of his brain. In the weeks following we learned more about his condition, went to appointments with specialists for testing, and ultimately, consulted with genetic counselors to understand our options. He was highly unlikely to live to his full term, and my physician offered us all our options — including ending the pregnancy. A pregnancy I, and my family, had wanted so much.

After talking with my doctor and my family, I made the decision to have an abortion. An early induction of labor would be safest for me, and frankly, I could not bear the thought of staying pregnant when I knew I would lose my baby. It is still hard for me to think about how it would have felt waiting to lose my baby, with people smiling at my pregnant belly and holding doors open for me, all while I grieved privately.

Deciding to end my much-wanted pregnancy was difficult and deeply sad, but also deeply personal. At no point during this process did I consider my legislators a part of the conversation. I listened to my doctors, genetic counselors, my family and my heart. I know my own experience, but I could never claim to speak for another woman’s situation.

It is my plea that elected officials respect the range of women’s complex, lived experiences and stop making laws that threaten a woman’s ability to make the decision that is right for her. That starts with putting an end to these cruel and misguided bans on abortions after 20 weeks. These decisions are not political. We must leave the practice of medicine up to doctors and, more importantly, trust women like me to make the personal decision that’s best for me and my family.