On March 4 the Supreme Court will hear a case, King v. Burwell, that could gut Obamacare and put 9.3 million people’s health care coverage at risk — with a big impact on women of color and families already struggling to make ends meet.

The case is yet another attempt by those opposed to the Affordable Care Act (ACA) to undermine the health care law and the president. It would take away affordable coverage from the people who have waited years to afford it.

Here’s what you need to know, and how you can speak out in support of affordable health care.

David King and his fellow plaintiffs attest that they will be “harmed” if the government continues to give middle- and low-income families certain subsidies to help them buy coverage from the federal health insurance Marketplace. 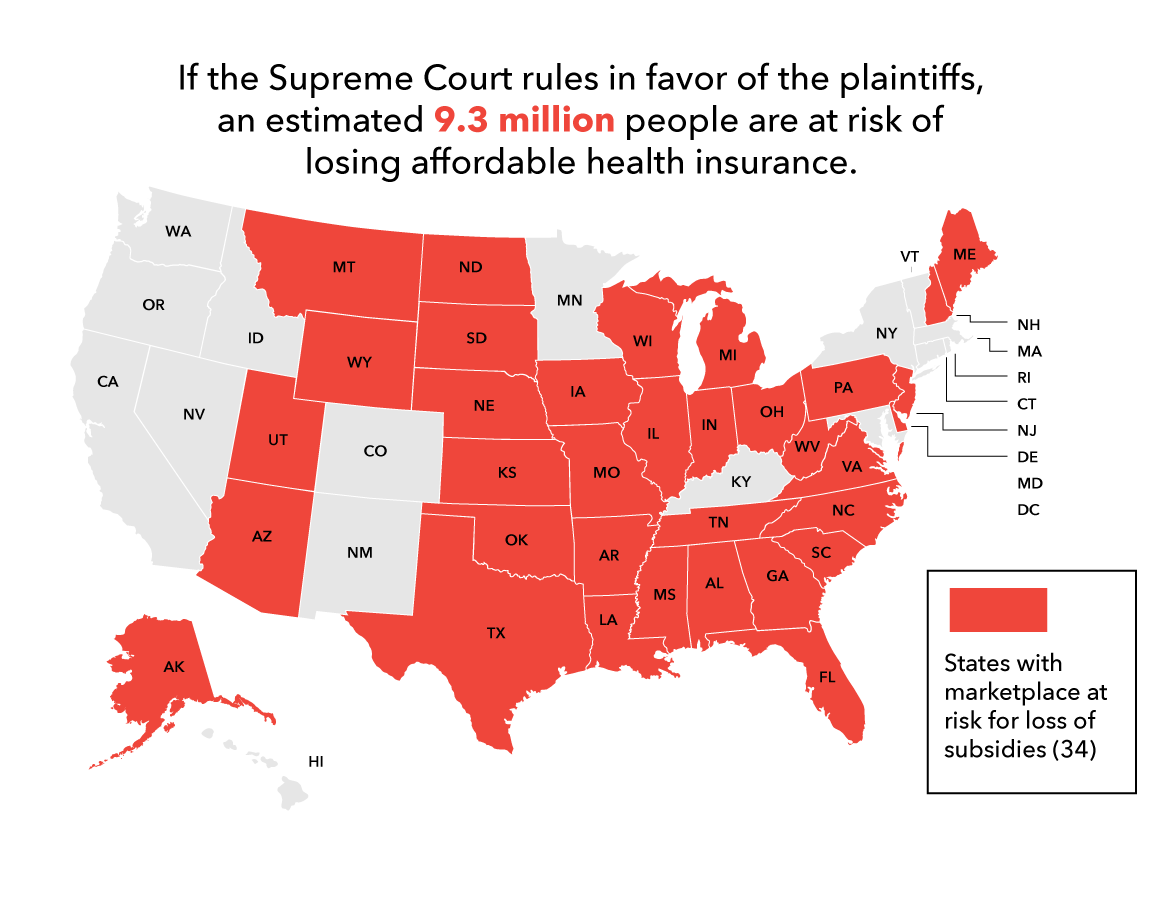 As the law stands now, middle- and low-income families nationwide can get financial assistance from the federal government to help afford insurance premiums, regardless of whether their state set up a marketplace or the federal government did. Now, the plaintiffs in King are challenging this core part of the health care law — the part that makes critical federal subsidies available nationwide.

Why this matters: These crucial subsidies help 87 percent of families who sign up for health insurance on Healthcare.gov. They also help the ACA do what it was designed to do: make health insurance more affordable and accessible to the entire nation. Denying these subsidies to millions of middle- and low-income people undermines that.

King is leading a small group of aggressive ACA opponents who are simply putting politics ahead of Americans’ health. It’s no wonder they have been hit with press scrutiny. Here’s what one judge who heard their case in a lower court told them: “You are asking us to kick millions of Americans off health insurance just to save four people a few dollars.” That court threw out the case, but the Supreme Court accepted it for review anyway.

Those leading the charge against the ACA seem more concerned with undermining the president than about all of the real people whose lives have been improved by access to health care. But on the other side — the side of Obamacare, and Health and Human Services Secretary Sylvia Burwell — stand a slew of doctors, nurses, hospitals, health care advocates, patients, insurers, and small businesses. They all have weighed in with support of the ACA. (So have we. And you can, too.)

Here’s what we know: A ruling for the challengers in King would cause a lasting health care crisis. Health care premiums will skyrocket. Millions of people who already stretch to make ends meet would lose access to affordable health insurance. To be specific, a whopping 9.3 million Americans across 34 states would be at risk of losing access to health care coverage.

So who are the real people the law would affect most? Women — especially women of color — and families struggling to make ends meet.

Impact for women of color:

For five years now, Obamacare has provided more and better access to health care across the country. In fact, over 11.4 million people nationwide have health insurance coverage now who didn’t have it before. Families no longer have to choose between going bankrupt and getting treatment for a sick child. Being a woman is no longer a pre-existing condition. Women can get breast cancer screenings, well-woman exams, and birth control all without copay. And that’s how it should be. Because every woman, man, and child deserves health care. It’s a human right.

But a ruling against the ACA would roll back all this amazing progress.

Defending every American’s right to affordable, accessible health care is only possible with your strong commitment.