2013 had its up and downs; its moments of brilliance and its….errr lesser moments. Many of these lesser moments occurred when anti-women’s health politicians got hold of a microphone. It’s not that they put their foot in their mouth; it’s that they spoke their mind. 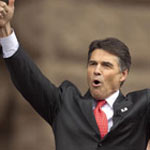 When thousands of Texans called, sent letters, marched the streets, packed hearing rooms until 4 a.m., and filled up the state capitol to oppose HB2 and SB5 the world saw democracy in action — but Governor Rick Perry still didn’t get it.

Less than a day after Senator Wendy Davis’ successful filibuster, he called a second special session just to pass the omnibus abortion bill, showing contempt for the thousands of Texans who believe they should be able to make their own health care decisions without the interference of politicians. And here’s his infuriating quote:

The louder the opposition screams, the more we know we’re doing something right.

It doesn’t mean you’re doing something right, it means, they want you to STOP attacking their rights. 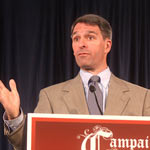 It was hard to choose which Ken Cuccinelli quote deserved to make this list. Already on record calling birth control a sterilization mandate and an example of tyranny, he really never learned to choose his words carefully. But ultimately, the quote that made our list was when Cuccinelli suggested opponents of the birth control benefit engage in civil disobedience and go to jail rather than allowing their employees to get health care coverage for birth control. Allowing employers to deny women access to birth control isn’t a civil right, it’s discrimination. It was this type of extremism that helped contribute to his ultimate loss to women’s health champion and Governor-Elect Terry McAuliffe: 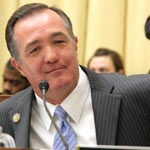 When Arizona Congressman Trent Franks introduced a 20-week nationwide abortion ban, many were outraged — in fact even Republicans spoke out against the extreme and blatantly unconstitutional legislation. But his comments in the committee markup explaining why he opposed an exception for rape really elevated just how out-of-touch he was:

the incidence of rape resulting in pregnancy are very low.

Franks’ comments were not only insensitive, they were wrong — an estimated 25,000 women become pregnant from rape annually.

Missouri State Senate Majority Caucus Whip Brian Nieves makes the list for a comment he made on his Facebook page about a woman’s right to a safe and legal abortion. Demonstrating a complete lack of understanding for the tragic and heartbreaking situations often surrounding the complex decision to have abortion, Nieves dismissed the need for lifesaving abortions, going so far to say that an abortion to save a woman’s life is a: 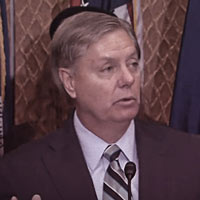 Our last contender for the Worst Quote of 2013 goes to Senator Lindsey Graham (R-SC), who not only sponsored the bill to ban abortion after 20-weeks in every single state, but who had this to say about what would happen if this legislation would become law:

If we can convince the American people to provide assistance and prevent abortions at the 20th week, nothing bad is going to happen. Good things will happen.

I don’t really think the women and families who have been put into unimaginable situations — such as needing to end a pregnancy for serious medical reasons but unable to do so — would agree with Senator Graham. Ninety-nine percent of abortions occur before 21 weeks, but when they do happen, it’s often in heartbreaking and unusual circumstances.

That’s why, when voters learn about the variety of circumstances in which abortion would be made illegal under most 20-week ban proposals (like the ones sponsored by Senator Graham), they overwhelmingly opposed them. Graham’s bill marginalizes women with limited exceptions for rape, incest, and the health of the woman — and yet he so casually claims “nothing bad is going to happen.” Politics has no place in preventing doctors and other health professionals from informing patients about ALL their health care options — and doctors shouldn’t be criminalized for providing constitutionally protected care, but that’s the type of legislation that Senator Graham supports.

The lack of empathy and failure to understand the complexity surrounding the decision to have an abortion, has earned Senator Graham the honorable distinction of having uttered the worst quote of 2013.