It’s wholly unsurprising and yet it’s notable: Obamacare is working in states that have implemented Obamacare.

States that have expanded Medicaid and have opened their own exchanges have seen a larger decline in the uninsured according to a Gallup poll released this week. The 21 states and the District of Columbia that have embraced the Affordable Care Act have seen a 2.5 percent drop in the numbers of uninsured. The states that have refused? Less than half that number. Less than one percent on average drop.

What does this new poll tell us? It tells us that governors and legislators of these states who have refused federal money to cover their constituents have some explaining to do. It’s incredibly unfortunate that opponents of the law have chosen to focus their efforts on an unprecedented effort to undermine, rather than embrace, a law to allow their own citizens to get access to quality, affordable health care. 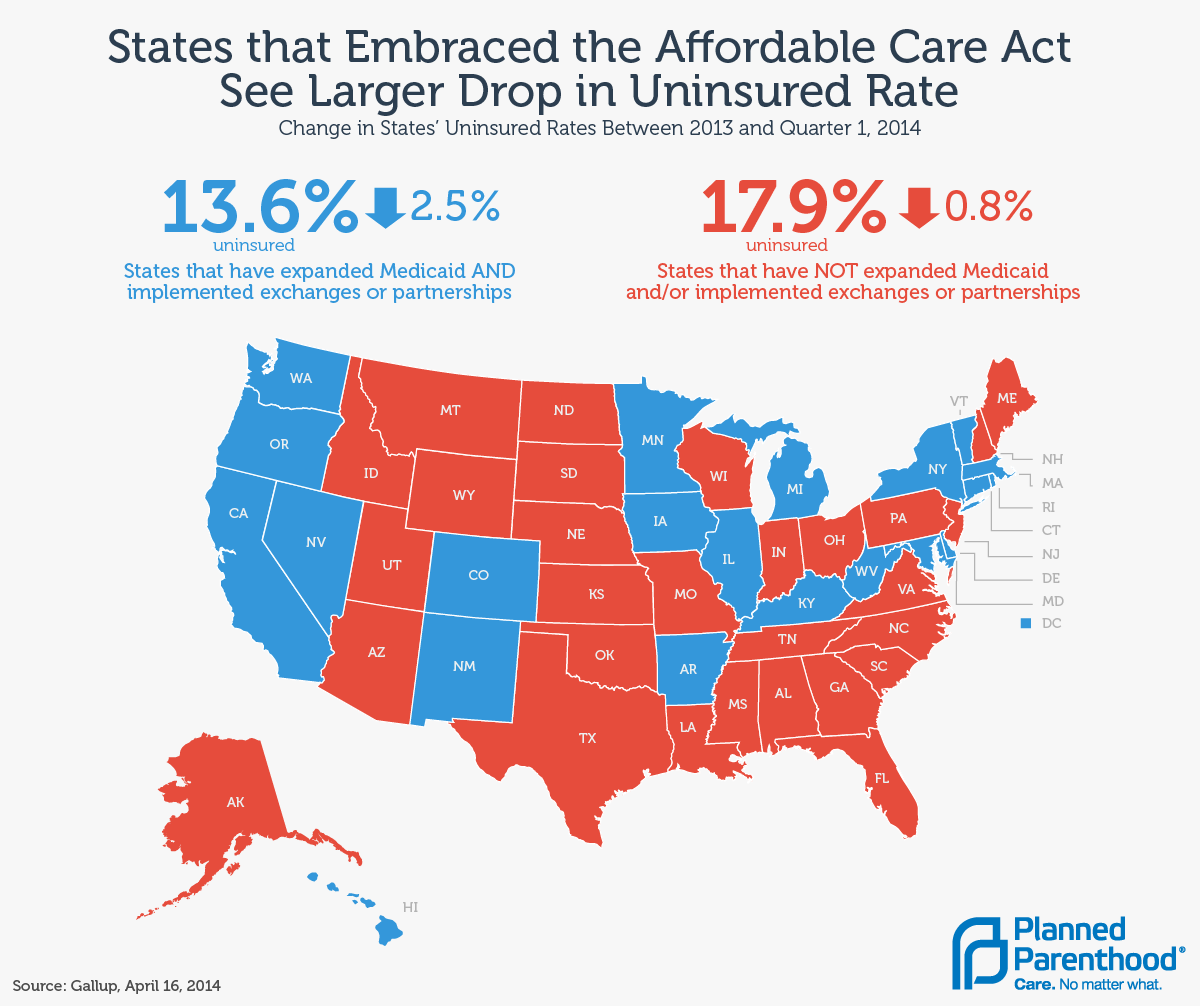