As the Republican Party continues to regroup after major loses in the 2012 elections—where it suffered from the largest gender gap in history—pro-women’s health Republicans are joining with Republican Majority for Choice (RMC) to call on the GOP to chart a new course in its approach to women’s health.  Already, Republicans in Congress have attacked women’s health, introducing multiple bills to defund Planned Parenthood demonstrating, they’re back to their old tactics.  If the 2012 election proved anything, it’s that attacking women’s health is not a winning strategy. Now, more than ever, we must take action and ask the party to rethink its extreme stances on women’s reproductive health policy, as well as the wildly offensive statements from numerous GOP candidates that drove away scores of women voters in the previous election. 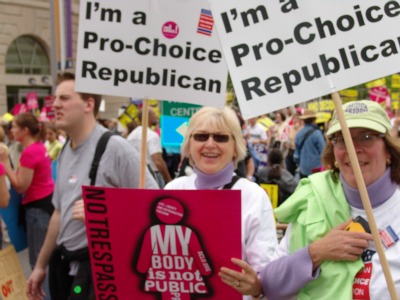 Supporting a woman’s right to make her own personal medical decisions reflects the conservative values of individual responsibility and personal freedom. There is room for common ground if both sides of the debate could come to the table and have a discussion, and the Republican Party could convene that conversation as it continues to plot out its next moves for 2013 and beyond.

As a Republican woman it is important to me that my party move forward and foster a dialogue on women’s health issues.  The current stances of the GOP can alienate women voters like me and go against the beliefs of the majority of Americans.  It’s time for our party to grow and think back to the days when we got the reputation of being a welcoming Big Tent and bring people together to have lively discussions about issues that offer an opportunity to reach some common ground.