A new report from The Guttmacher Institute reveals that state lawmakers have introduced 411 restrictions on safe, legal abortion in just the first three months of 2016. According to the report, 21 abortion restrictions have already been enacted this year.

In addition, politicians have taken action in numerous states to block access to birth control, cancer screenings, and other preventive care at Planned Parenthood health centers. Blocking access to reproductive health care has real and disastrous consequences for all people and often has a disproportionate impact on communities of color, who already face systemic barriers in accessing quality health care. 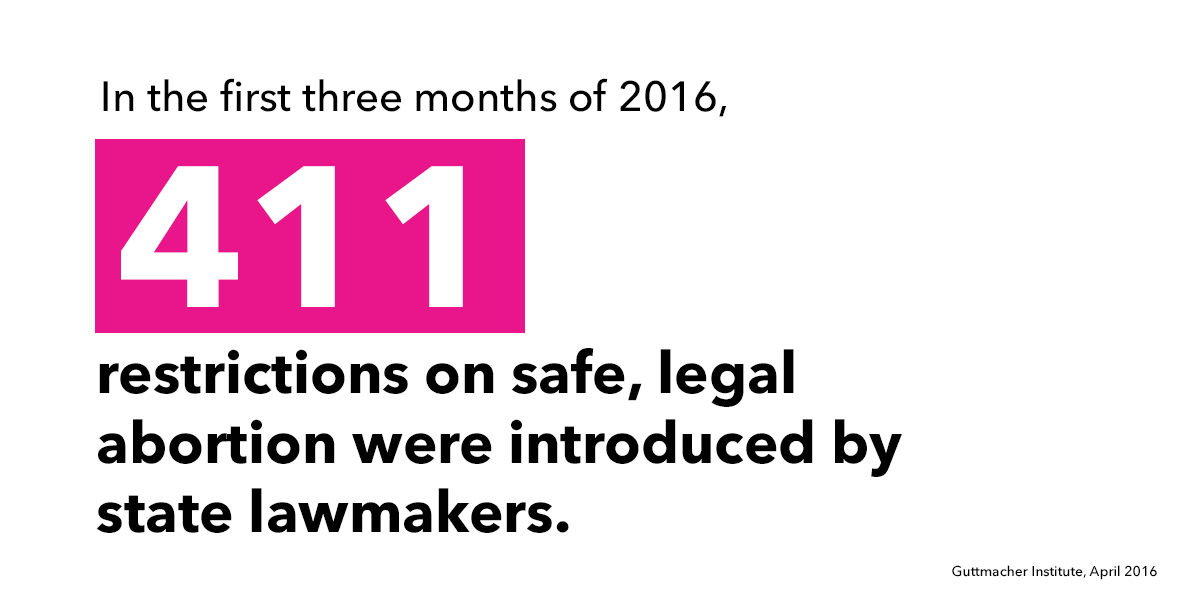 These attacks have been happening at the state level all while the three GOP presidential candidates have been calling for a ban on safe, legal abortion. The need to elect women’s health champion has never been clearer.

"Make no mistake: These are attacks from state legislators who want to end access to safe, legal abortion across the board. Restrictions on access to reproductive health care have a very real and devastating impact.”

The Devastating Impact of Chipping Away at Access Safe, Legal Abortion 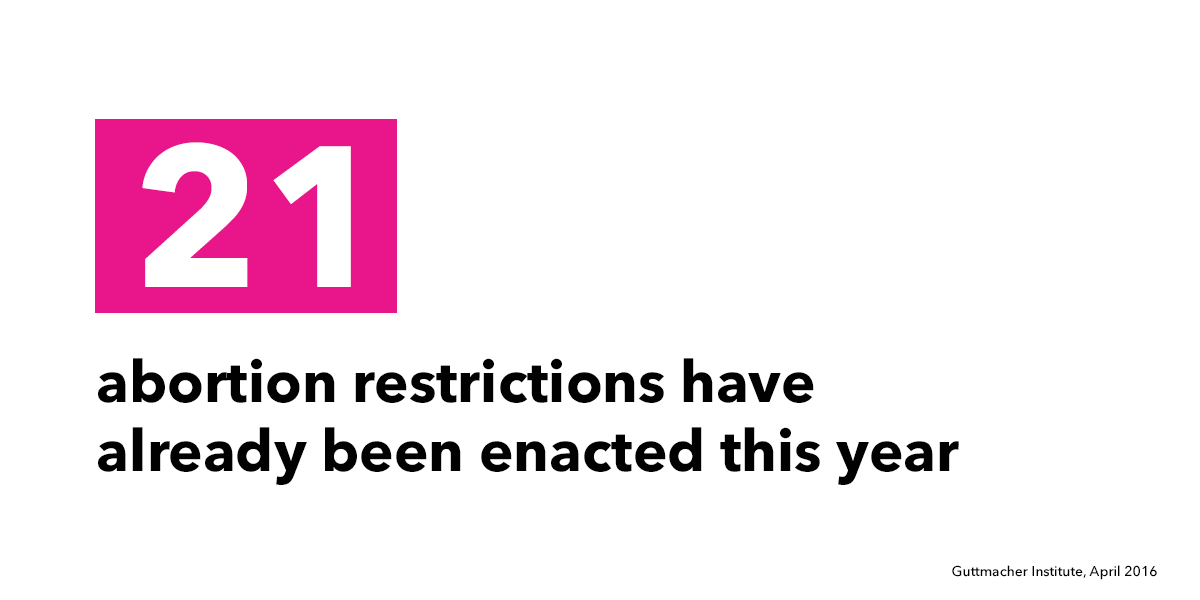 Restrictions on abortion and other reproductive health care — including blocking access to preventive health care at Planned Parenthood — have very real consequences for women:

In Texas, a recent study in the New England Journal of Medicine shows that “defunding Planned” Parenthood led to a 36% decline in women on Medicaid using the most effective methods of birth control and a dramatic 27% spike in births among women who had previously had access to injectable contraception.

Standing Up and Fighting Back

Poll after poll has shown that Americans overwhelmingly support a woman’s right to access safe, legal abortion and other reproductive health care. It’s no wonder that people are speaking out against attacks on their health and rights in states across the country:

“Recent protests against state legislation have made it clearer than ever that these restrictions are not the will of the people. These extreme proposals have spurred a whole new generation of activists to get engaged.

Women, men and young people are standing up to say ‘enough is enough’.”

The increased number of attacks on access to safe, legal abortion and to care at Planned Parenthood health centers shows that it’s not just Donald Trump who’s talking about punishing women who seek abortion care. That punishment of women seeking health care is already happening.

Let’s get one thing straight: Abortion is health care.

Access to it is not only a constitutionally protected right, it’s one that’s supported by two-thirds of Americans. And yet all three GOP presidential candidates are trying to score cheap political points with positions far outside of the mainstream that would ban safe, legal abortion.

It’s time to get politicians out of our personal health decisions and elect leaders who oppose laws that undercut access to safe, legal abortion.

First, learn what’s at stake for access to safe, legal abortion and for care at Planned Parenthood health centers this election.

Then, tell the extremists vying for the White House and state legislatures: WE WON’T BE PUNISHED.