While rumors continue in Congress about the re-introduction of a dangerous 20-week abortion ban, state legislatures are moving similar restrictions. Why this matters: It’s all part of a coordinated campaign to ultimately ban abortion.

Abortion Bans in the States

Since 2010, 13 states have enacted bans on abortion at or before 20 weeks. In more bad news, similar bans in West Virginia and South Carolina passed out of legislative committees last week. 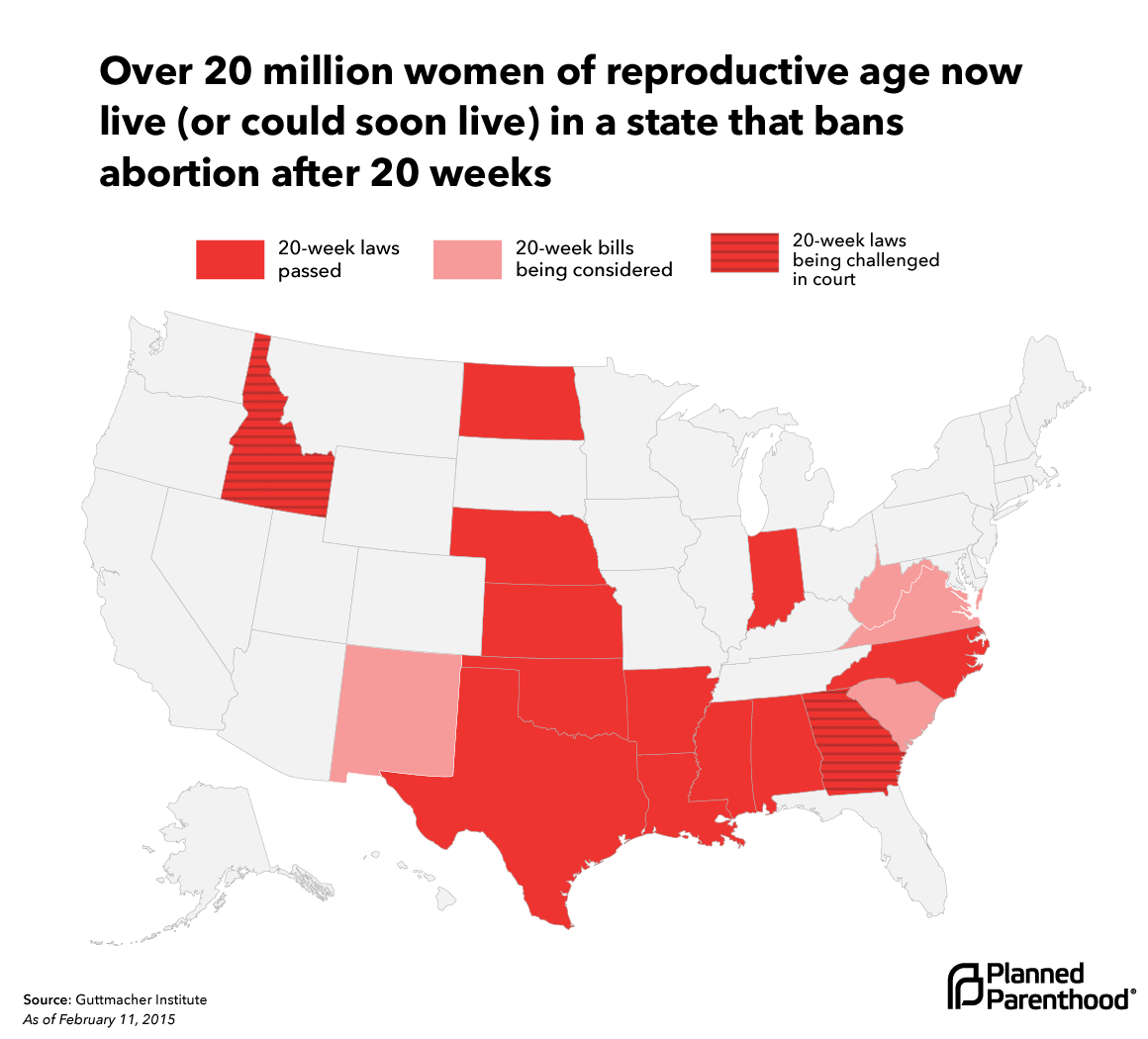 On the other hand, a proposed ban in Virginia was just tabled due to concerns about its constitutionality. And every time these bans have been litigated, they have been enjoined, including in Arizona, Idaho, and Georgia.

The 20-week bans continuing to advance in states across the country come on top of the more than 335 provisions aimed at restricting access to abortion that were introduced in state legislatures in 2014. It’s no wonder that more than half (57%) of women of reproductive age are now living in a state that is either hostile or very hostile to abortion rights, according to the Guttmacher Institute.

Last month, politicians in Congress caused a firestorm over an unconstitutional bill that would ban abortion at 20 weeks. When Republican leadership couldn't get party consensus, they instead introduced and passed another bill that undermines a woman’s ability to make personal health care decisions.

Abortion Bans: Not Tied to Safety or Voters’ Beliefs

In the 42 years since the Supreme Court ruled that a woman’s constitutional right to privacy includes her right to abortion, the procedure has become, and remains, one of the safest medical procedures in the United States. In fact, studies show that three in ten women have had a safe, legal abortion at some point in their lifetime.

This hasn’t stopped anti-women’s health politicians from pushing bills aimed at ending access to abortion. And neither has public opinion: Multiple studies have shown that attacks on abortion are dangerously out of touch with American voters.

How You Can Help

Tell Congress and state legislatures to focus on policies that move women and families forward! Sign onto our top priorities for women’s health and rights! Stand with Planned Parenthood in making sure that every woman, no matter where she lives, can make her own health care decisions without interference from politicians.

The new administration has a mandate to lead. Co-sign our letter to the Biden-Harris team on how we build back sexual and reproductive health and rights.