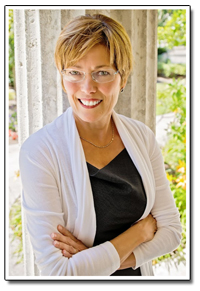 Stephanie Kight is the CEO of Planned Parenthood Advocates of Ohio

Earlier this week, Congressman Tim Ryan published a courageous and heartfelt piece that shares how his views on abortion have evolved since he entered political office14 years ago. Congressman Ryan’s op-ed in the Akron Beacon Journal describes how he used to oppose access to safe and legal abortion, and ultimately came to stand by a woman’s right to decide whether to end a pregnancy.

“I was elected to political office at a young age, and being raised in a Catholic household, always considered myself pro-life....  Today, I am a 41-year-old father and husband whose feelings on this issue have changed. I have come a long way since being a single, 26-year-old state senator, and I am not afraid to say that my position has evolved as my experiences have broadened, deepened and become more personal. And while I have deep respect for people on both sides of this conversation, I would be abandoning my own conscience and judgment if I held a position that I no longer believed appropriate.  I have come to believe that we must trust women and families—not politicians—to make the best decision for their lives.”

Congressman Ryan, from my home state of Ohio, explains that his change of heart arises from many personal and candid discussions with women all across our country about their experiences. “These women gave me a better understanding of how complex and difficult certain situations can become,” he writes. He goes on to say that although views on abortion are unique to each person and each family, one thing is clear: “[T]he heavy hand of government must not make this decision for women and families.”

As the CEO of Planned Parenthood Advocates of Ohio, I am humbled by Congressman Ryan’s heartfelt honesty about a topic that is often stigmatized. What’s more, I am both excited and thankful that he now supports a woman’s right to make her own personal decisions.

In expressing his support for a woman’s right to access safe and legal abortion, Congressman Ryan is joining the overwhelming majority of Americans who want the same thing — who want women to have access to abortion, and who don’t want politicians to interfere in women’s personal health care decisions. In fact, forty years after the Supreme Court issued its opinion in Roe v. Wade, significantly more Americans want the landmark abortion decision kept in place rather than overturned, 53 percent to 29 percent. According to the Pew Research Center, large percentages of white mainline Protestants (76%), black Protestants (65%) and white Catholics (63%) say the ruling should not be overturned. Fully 82 percent of the religiously unaffiliated oppose overturning Roe v. Wade. Six in 10 young Americans believe abortion should be available in all or most cases, and 68 percent believe it should be available in their own community.

We look forward to working with Congressman Ryan to ensure that all women — no matter where they live or how much money they have — can access the care they need without political interference. Join us in thanking Congressman Tim Ryan today!