Every year has its up and downs, but as we reflect upon some of the victories of the last year, we have a lot to be thankful for.

Here are our contenders for the Best Victory of the Year….

Nominee: Millions Are Benefiting From Obamacare

In the three years since the Affordable Care Act was signed into law, millions have been benefiting, but 2013 got the added bonus of even more newly eligible Americans signing up to get health care coverage for the first time.  From birth control with no copays to better access to lifesaving cancer screenings, the Affordable Care Act is a huge step forward for women’s health.

Because of Obamacare, women can save up to $600/year on birth control with no copay, and women can’t be charged higher premiums based on their gender.  The benefits are numerous, but most of all because of Obamacare, millions of women and families will no longer have to worry about what happens to their health insurance if they get sick or have a pre-existing condition. That type of security is a victory worth celebrating! 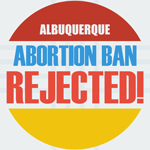 When the city of Albuquerque faced the first-ever municipal abortion ban, it was a big deal. If enacted, the referendum would have banned abortions at 20 weeks, even for victims of rape and incest, severe fetal abnormalities, and when a woman’s health is in danger. Had it passed, it would have likely led to several copycat bans in other cities.

While we’re not out of the woods, a decisive 10-point defeat of the ban marks a major victory for women’s health and shows (once again) that voters don’t want to take personal medical decisions out of the hands of women and their doctors. 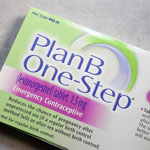 After years of having opponents deliberately mischaracterize emergency contraception as abortion in an attempt to restrict access, women won a major victory.  The Obama administration announced that the Food and Drug Administration (FDA) will comply with a federal judge’s order to make Plan B One-Step — a safe and effective method of birth control — available over the counter, for all women, with no age restrictions.

Women of all ages will no longer have to wait in long lines at the pharmacy; they will be able to pick up emergency contraception off the shelves as soon as they need it. This decision is a victory for all women, and will go a long way to helping more women prevent unintended pregnancy. 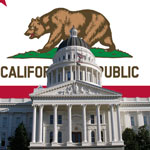 In state after state, legislators kept introducing bills designed to restrict women’s health and rights. But not in California. They bucked the trend, and hopefully started a new one.  Leaders in the Golden State passed and signed into law a bill designed to expand access to safe and legal abortion by authorizing trained and qualified nurse practitioners, certified nurse-midwives, and physician assistants to perform early abortions.

By expanding access, they can ensure that women in California can get the care they need when they need it. We call this a victory and we’re seeing some signs that the trend may be spreading — both Pennsylvania and the United States Congress followed suit and introduced two pro-active women’s health bills themselves in the last two months of the year.

All of the above victories were critical moments for women’s health this year, but the gubernatorial race in Virginia and the defeat of extremist Attorney General Ken Cuccinelli wins the award for being the top victory of 2013, simply because it was one of the hardest fought battles.  When the governor’s race began, anti-women’s health candidate Ken Cuccinelli was ahead of Terry McAuliffe in the polls and even with women, but by the end of the race one thing was undeniably clear: Cuccinelli’s extreme record on women’s health lost him the election, losing women voters by nine points.

Women came out in droves to vote against his record in the legislature, from seeking to cut off Virginia women from Planned Parenthood’s preventive health services like birth control and lifesaving cancer screenings to his out-of-touch belief that employers should decide whether or not women have access to affordable birth control.  The defeat of Ken Cuccinelli, and the other out-of-touch candidates on his extreme ticket (E.J Jackson and Mark Obenshain), was a huge victory not only for Virginia women but for women everywhere.  A very clear message was sent to politicians: you can’t win by running against women’s health.