In attempting to walk back his comments about “punishing” women who seek abortion, Donald Trump made his position clearer than ever: He wants to outlaw abortion, criminalize doctors, and is threatening women.

But the issue of banning abortion and criminalizing providers is not just about Trump.

Sure, he said it — but Ted Cruz has actually voted for it in the Senate, and John Kasich has even enacted it in Ohio.

That’s right: ALL of the Republican candidates for president want to outlaw abortion.

NewsFlash: Women Are Already Being Punished for Accessing Abortion

In fact, women are already being punished for accessing safe, legal abortion. Why? Because the Republican Party’s leadership has been waging a full-out assault on access to reproductive health care. Restrictive anti-abortion laws, which every GOP candidate supports, have forced women to travel hundreds of miles, risk losing their jobs, pay an exorbitant amount of money, and — in some places — take matters into their own hands.

Since 2011, states have enacted nearly 300 laws restricting abortion. They’ve passed 57 of these anti-abortion laws in the past year alone. In Texas, Mississippi and Louisiana, abortion has been so severely restricted it may as well be illegal for a large number of women.

The More GOP Candidates Show Their True Beliefs, the More Voters They Alienate 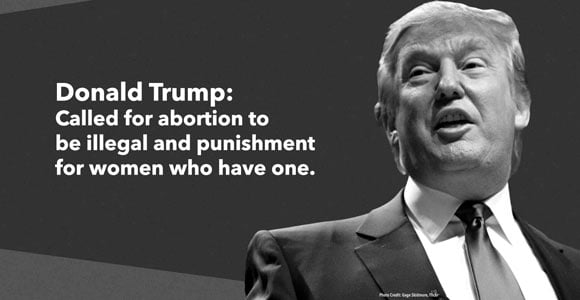 When it comes to preventing women from accessing safe, legal abortion, Donald Trump has said what Ted Cruz and John Kasich have worked to do. 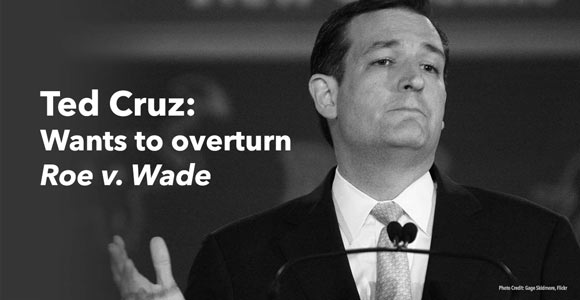 Here’s what you need to know about Ted Cruz when it comes to abortion:

Kasich Wants to Ban Abortion, Too 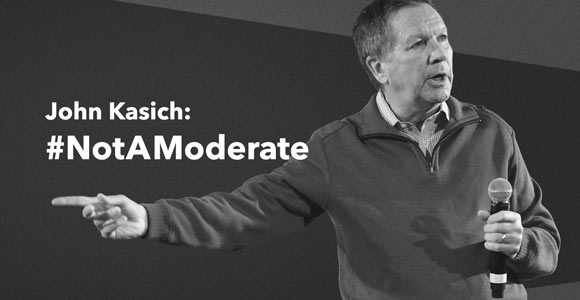 Remember: John Kasich is no moderate. In fact, he has made Ohio a “living Hell” for women.

Governor Kasich is no moderate. He is an extreme abortion opponent: “Laws signed by Kasich prohibit almost all abortions after 20 weeks of pregnancy, mandate ultrasounds before a woman can get an abortion and require abortion clinics to establish formal written agreements with local hospitals about emergency care — a provision that has been repeatedly modified to be even more restrictive and make it harder for clinics to comply,” according to POLITICO.

How is it possible that nearly half of Ohio’s abortion clinics have closed? Here’s how:

Wonkette: Kasich wants to ban access to safe, legal abortion: “When Kasich was asked about a provision in the 2013 budget bill he signed that prohibits rape crisis counselors from telling victims that abortion is an option he wouldn’t answer why he signed the provision into law.

He said, “We certainly want to care. I actually believe in the exception of rape, incest, and life of the mother. Okay? But look, at the end of the day, I’m going to do what I think is a pro-life — you know, looking, being in a position of being pro-life. There’s nothing more I can say about it. I’ve said everything there is to say about it.”

Just to reiterate: Donald Trump’s clear disregard for women’s health and lives is staggering. But we already know what it looks like to see women punished for having an abortion: It is already happening across this country, and the consequences are devastating.

Trumps stance is is part of the Republican party platform, and it’s what anti-abortion politicians like Ted Cruz and John Kasich have been voting on and enacting for years.

Bottom line: One in three women will have an abortion in her lifetime. Those women deserve to access medical care without fear of violence, harassment, or punishment. It’s clear that the GOP candidates’ anti-abortion agenda is far too extreme for the women of this country.

On CNN’s New Day, Dawn Laguens, Executive Vice President of the Planned Parenthood Action Fund, weighed in on Donald Trump’s stance that women should be punished for having an abortion. She pointed out that while John Kasich, Ted Cruz, and the anti-abortion movement have tried to distance themselves from Donald Trump’s remarks, Donald Trump is just articulating the same platform all three have been pushing across this country.